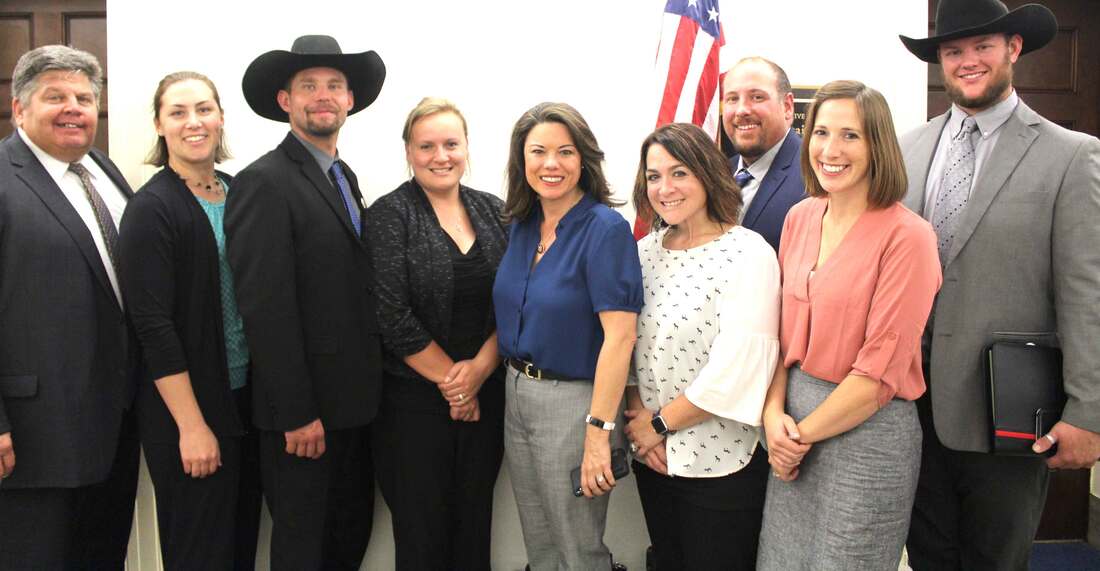 Her record thus far has been one of accessibility and working across the aisle to get the work done. Since being sworn into office she has held a monthly, public town hall and travels throughout the district to meet with her constituents most weekends. She has co-sponsored legislation with many Republican congressmen including Rep. Pete Stauber (MN-08) and she also has had more legislation signed into law by former President Donald Trump than any other member of the Minnesota delegation.

Angie Craig represents all citizens of Minnesota's Second Congressional District in United States Congress, regardless of their party affiliation. Above, U.S. Rep.  Angie Craig is shown here with members of the Minnesota Farm Bureau. As a member of the U.S. House Agriculture Committee she is proud to have earned the endorsement of both the Farm Bureau and the Farmers Union.

Craig and her wife Cheryl live in Eagan, and have four sons and a daughter-in-law (they will have two when a second son is getting married later this year).
​
Angie Craig's official Website
Campaign Website
Legislative work
Copyright DFL CD2 2021 | Prepared and paid by Minnesota's CD2 DFL​*, 11995 350th St Way, Cannon Falls, MN 55009
​and is not in conjunction with any candidate or candidate committee
*Democratic-Farmer-Labor Party